As I walked through St Annes Library to set up for the mornings Art Circle who was there as part of Dementia - Memory Festival?  Queen of Assemblage, Kate Eggleston Wirtz: magic!

Assemblage is a form of sculpture made from or including found objects which can be anything from a blade of grass to cows in formaldehyde; from broken toys to bullets and any other object that comes to mind.

We naturally make connections or spot differences between things and assemblage brings together sometimes disparate objects to create a narrative or story.

Richard's starting point is shown below.  After experimenting with how small alterations can change meaning, for example by changing one then both of the figures with money and considering how text can be too powerful to include, Richard's work developed into Barriers of Communication which is shown above. 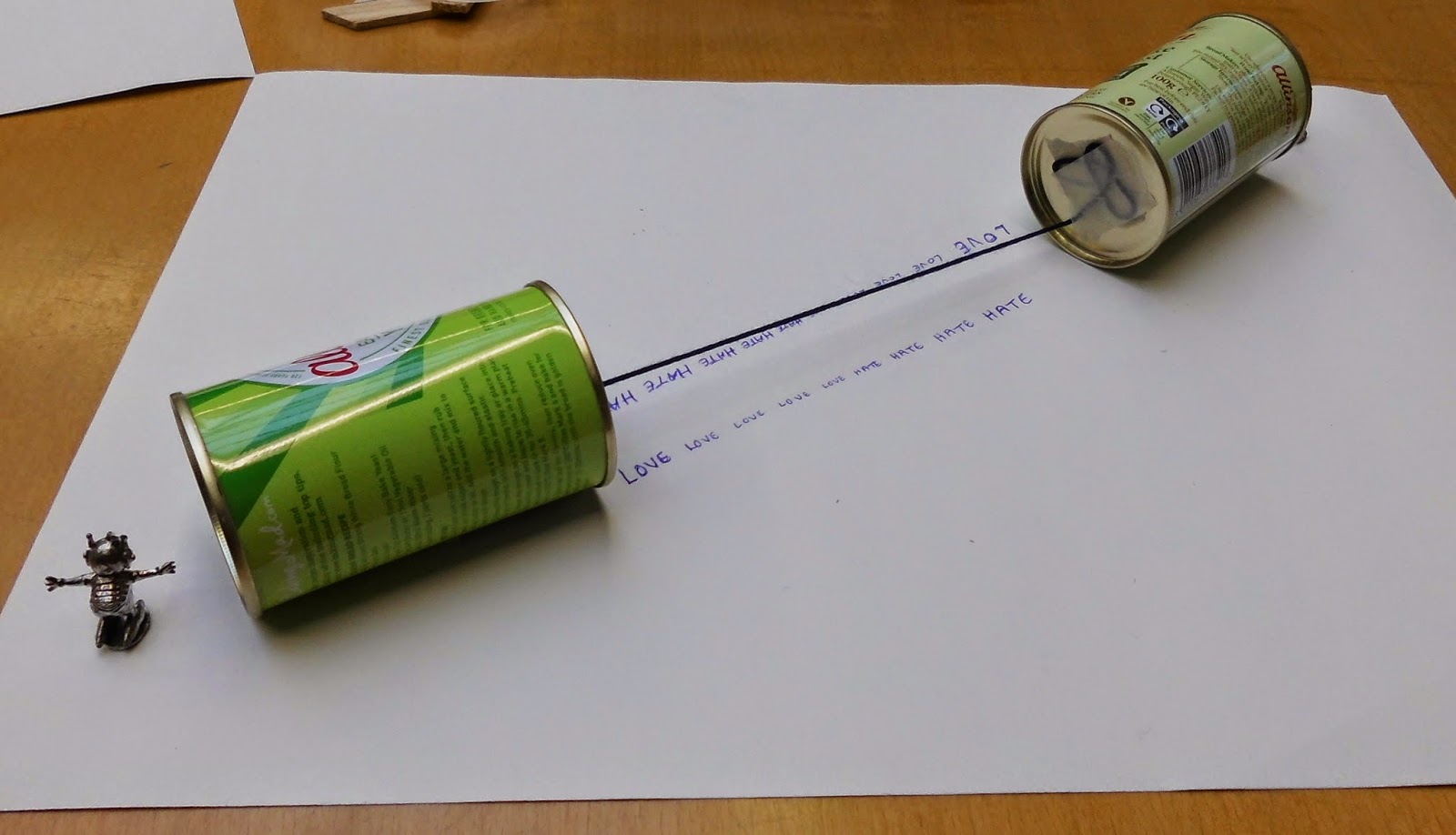 Maria identified how her second piece could be improved if the right objects were available; a teat for the bottle and a white lily to replace the turquoise silk flower. 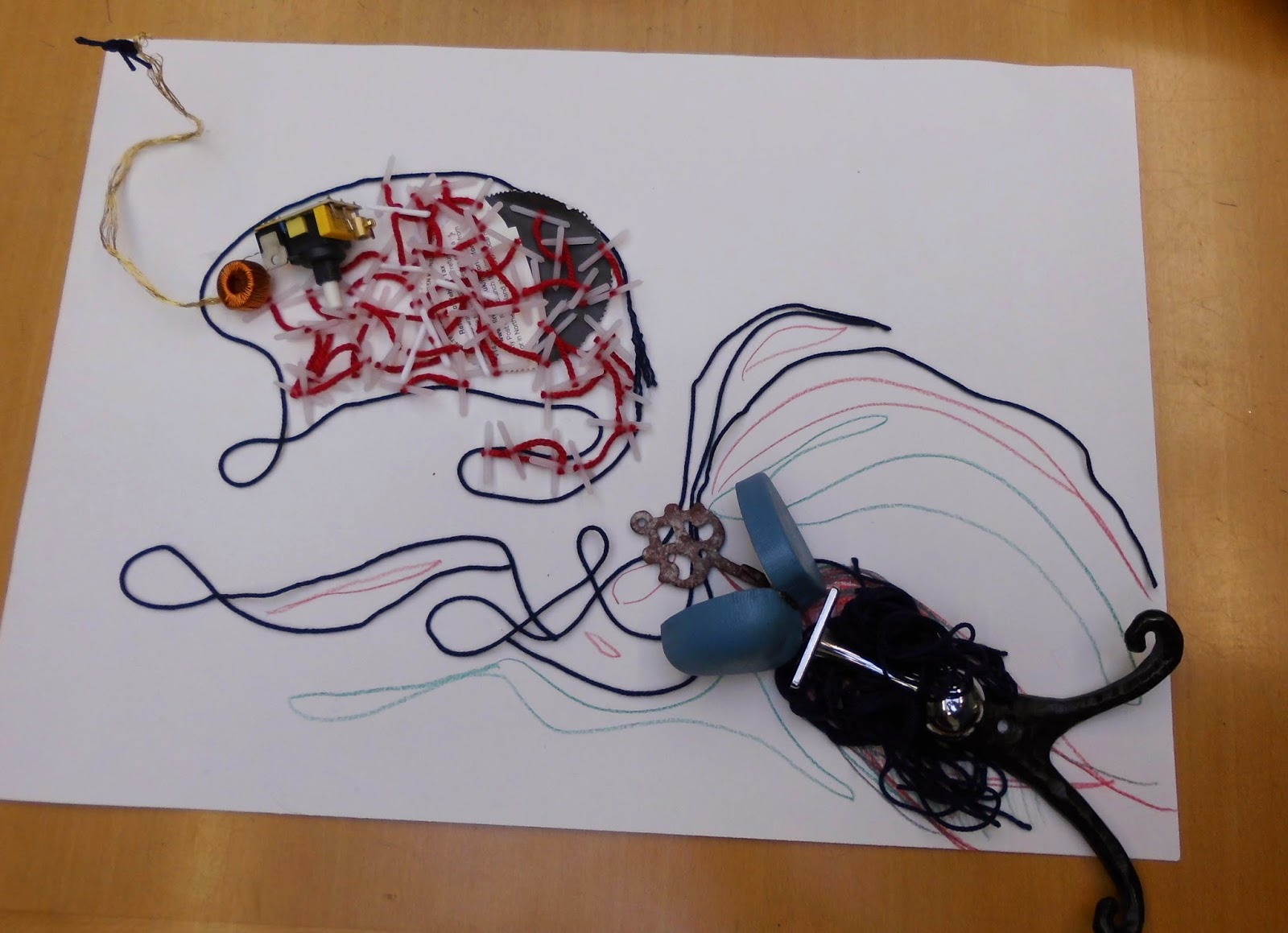 Angie's work developed from the beetle, frog and fly shown above into a more succinct beetle and fly with no threads or coloured lines.
Apologies, I didn't take an image of this... sorry and I missed your first piece too... sorry again! 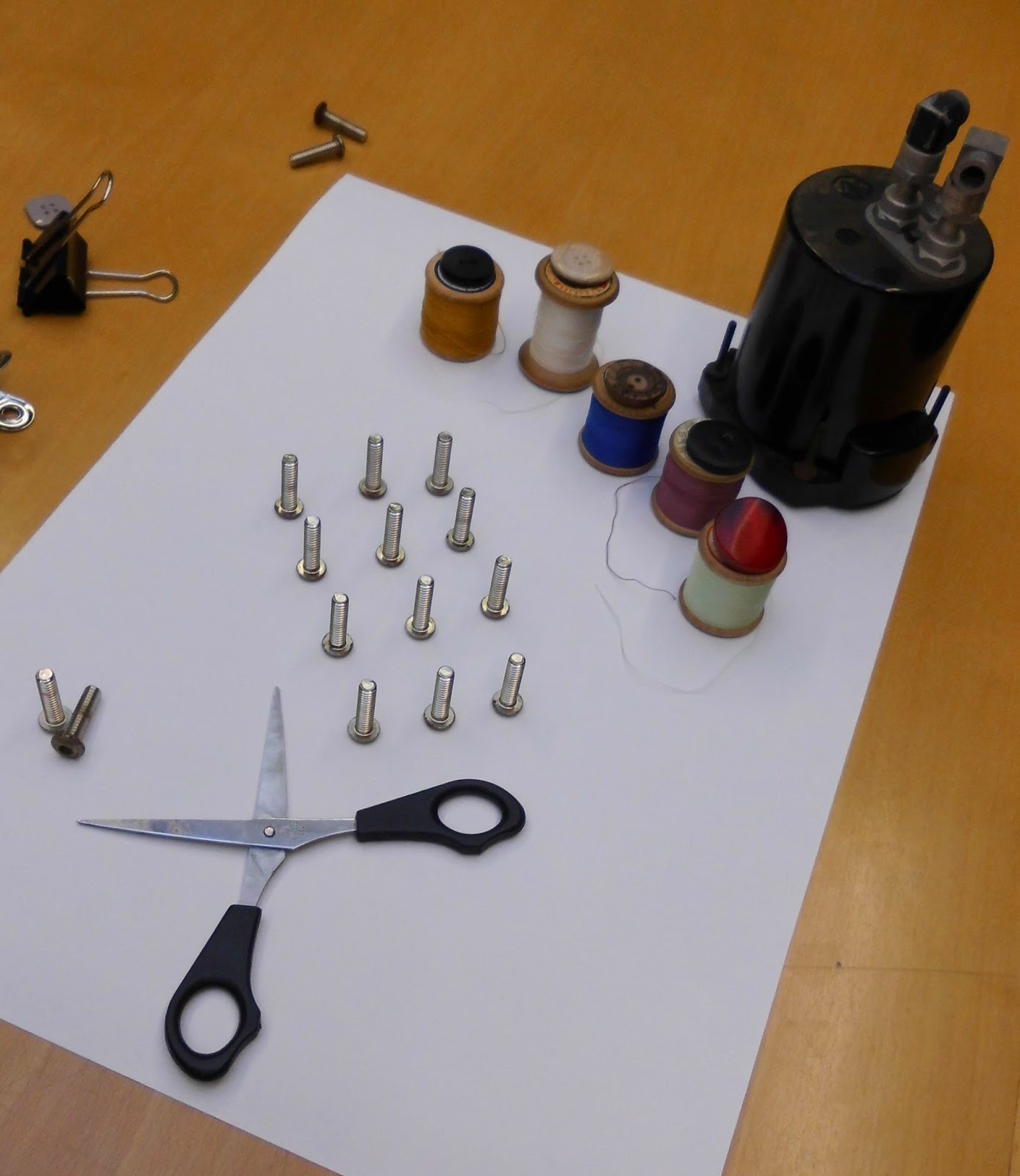 Monica's first piece, above depicted authority, superiors and minions being directed to go into danger which developed into the lines of command and a break away group, below. 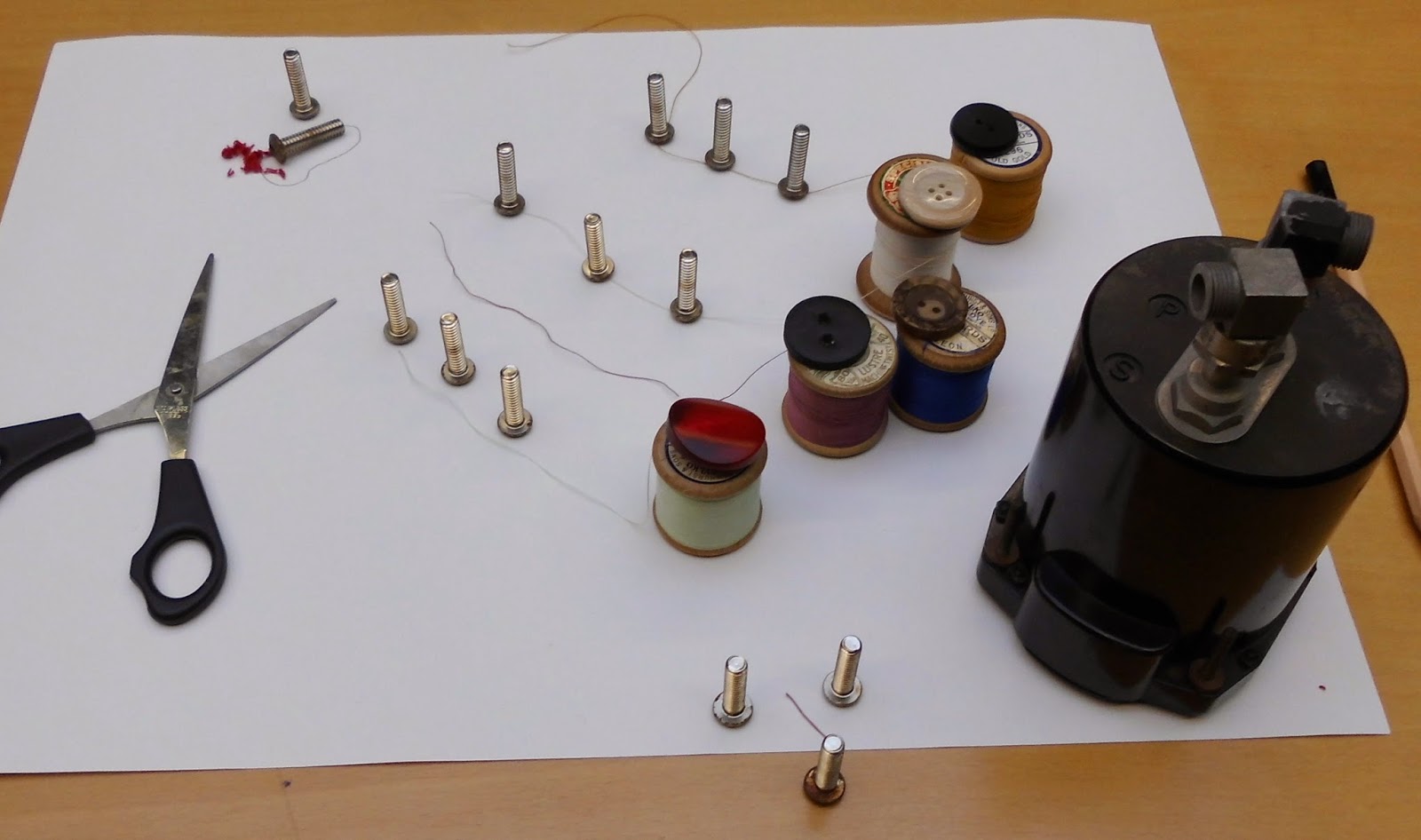 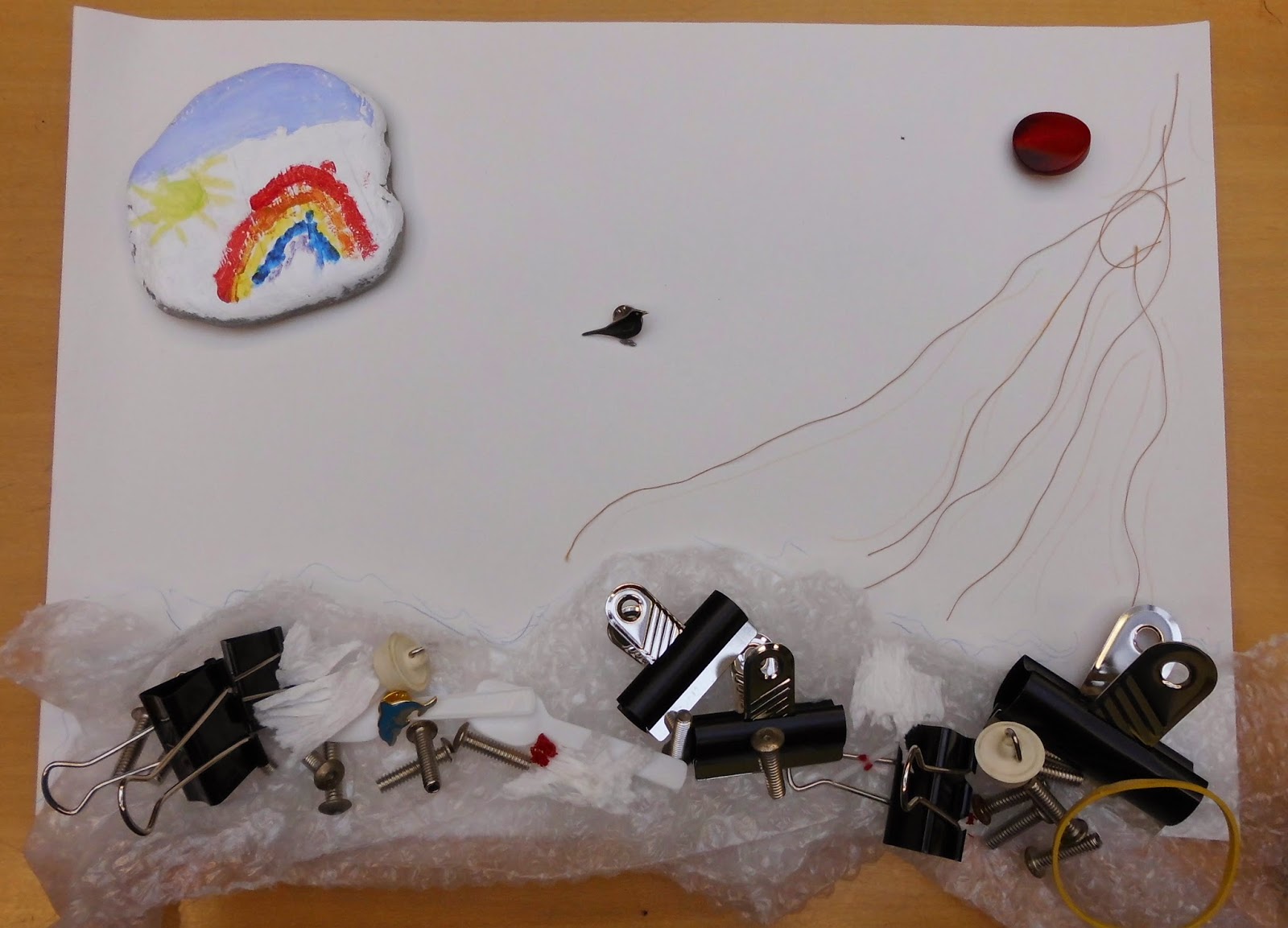 Monica's second piece, above developed into an uneasy sea churning around the object that created it. 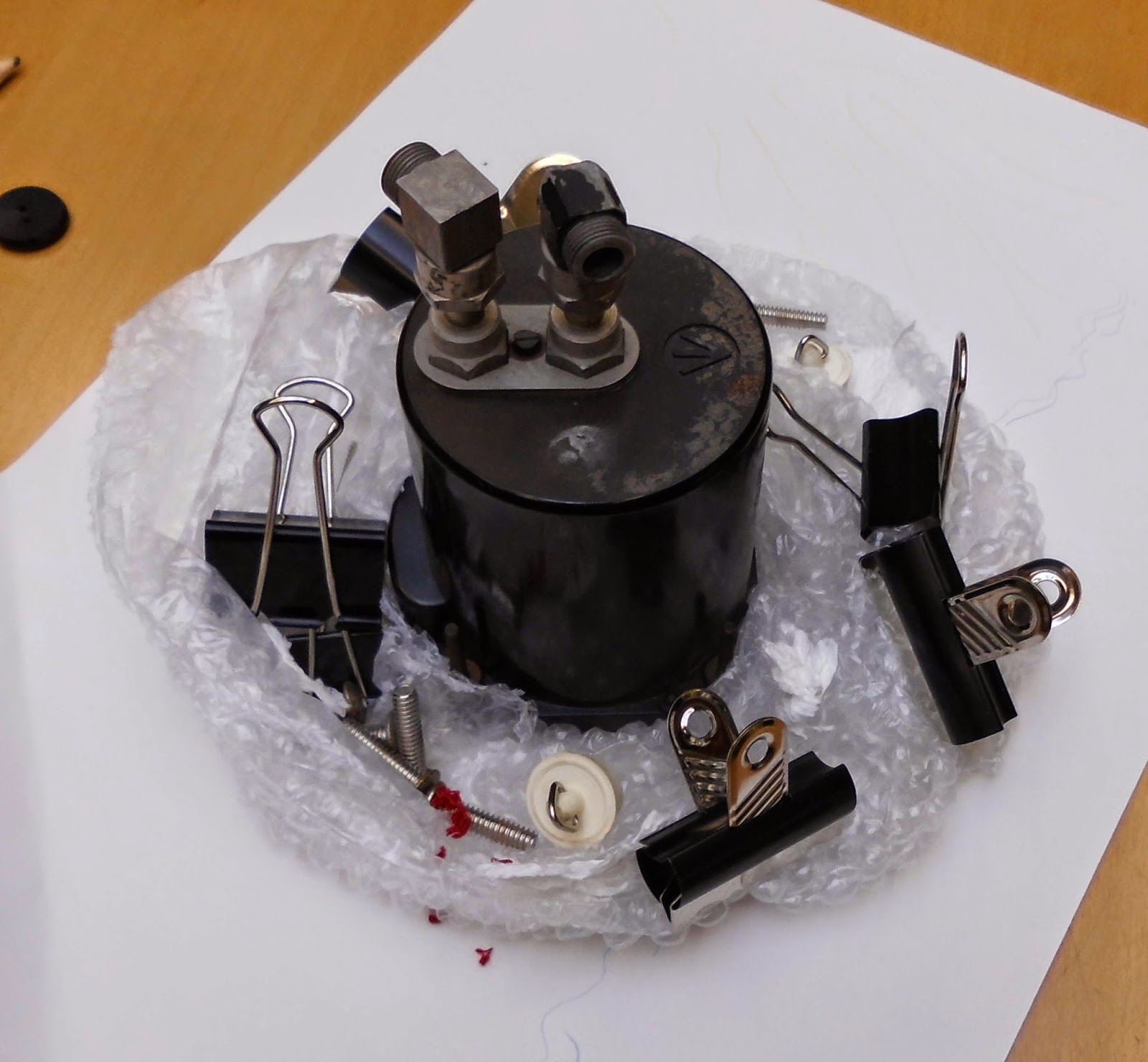 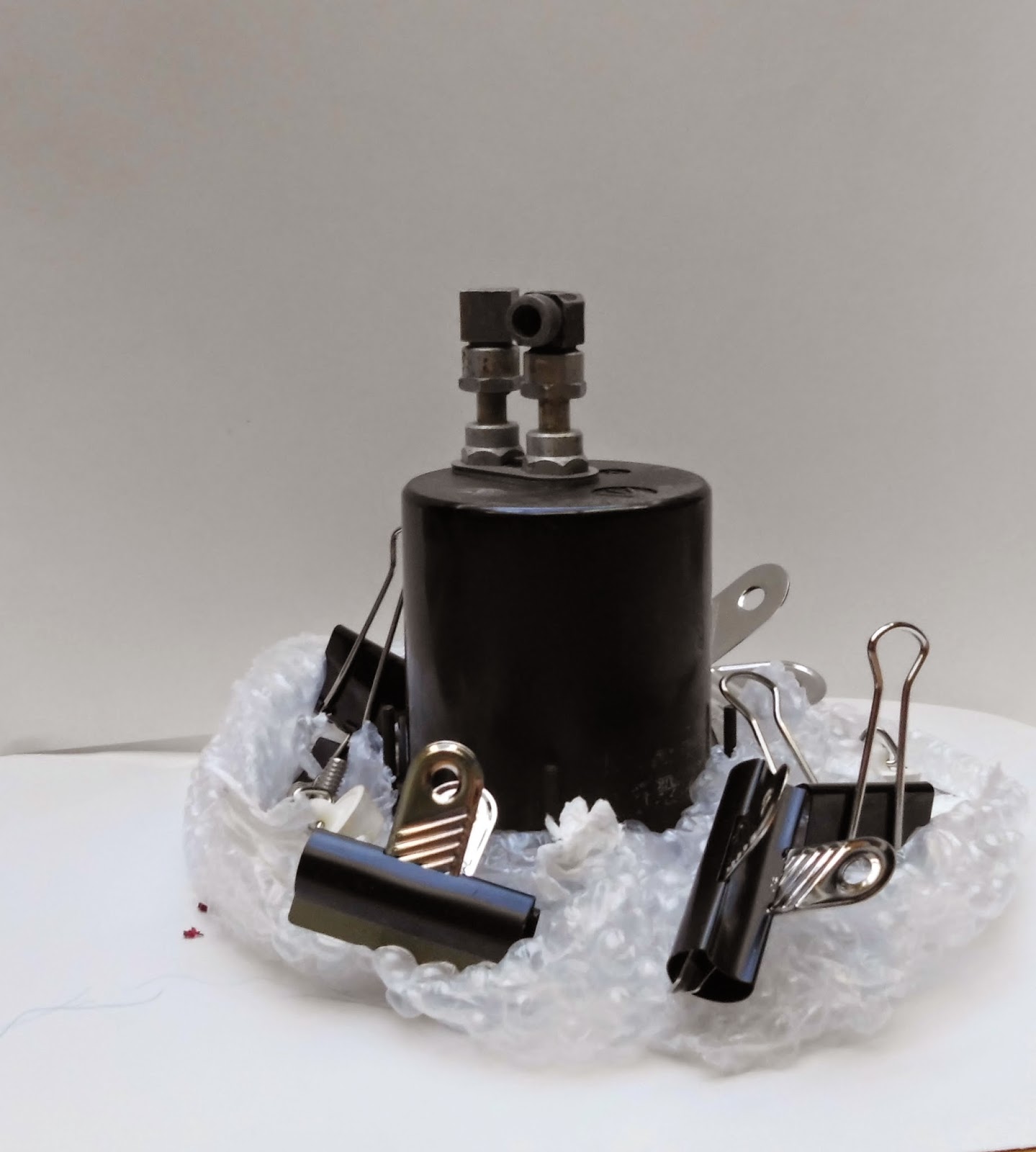 Excellent work lovely people.  I do wonder if I stretch you too much but you always rise to the challenge.  Thank you for keeping me on my toes too.