Good News - Lytham Library is starting a Lego Club!
More Good News - Art Circle was the first to use some of the Lego to explore context & scale.
What a clattery, chattery morning was had...

The context of an artwork and especially an intervention can emphasise and in some cases be integral to the pieces meaning.  We looked at David Mach's Train and work by Lego artist Nathan Sawaya.

A 5 metre maquette or smaller version of the piece was constructed before work began on the finished piece.  185,000 bricks were used to build train and her billowing smoke:  architects, engineers, bricklayers, quantity surveyors and mortar experts made up the team of 34 who took 21 weeks to build it.  All overseen by the artist.  The finished piece also includes 20 special areas to encourage bats to nest there.

Mach's train is all about context and scale whereas Sawaya is more about the use of an easily recognised material.  The use of Lego seemingly makes it more accessible to recreate or to "have a go".  Sawaya's work also speaks for itself.

,
These were our starting points.  The task was to play with the Lego; build, make or assemble a piece and consider potential contexts or locations and scale. 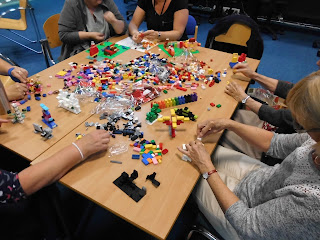 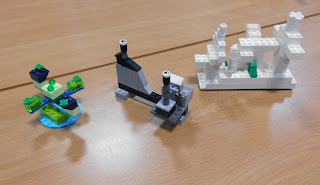 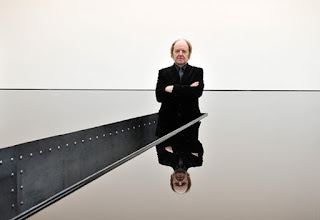 An interesting morning...
We found that;
Well done everyone - a fun packed morning again with lots of ideas and conversation!

Finally:  If you have any Lego you would like to go to a good home Lytham Library would like to adopt it.  Please call in or contact the library 01253 736745