an experiential exploration of Cubism

Cubism was a revolutionary new approach to representing reality invented in 1907/08 by artists Pablo Picasso & Georges Braque who aimed to bring different views of subjects (usually objects or figures) together in the same picture, resulting in paintings that appear fragmented and abstracted.
Cubism was one of the most influential styles of the C20th.


Cubism is generally agreed to have begun around 1907 with Picasso's celebrated painting Les Demoiselles d'Avignon.  It is said critic Louis Vauxcelles who, on seeing Braque's paintings exhibited in Paris in 1908, described them as reducing everything to "geometric outlines, to cubes".
Cubism opened up many, many new possibilities for the treatment of visual reality in art and was the starting point for many abstract styles.

By breaking objects and figures down into distinct areas or planes, the artists aimed to show different viewpoints at the same time and within the same space and so suggest their three dimensional form.  In doing so they emphasised the two dimensional flatness of the canvas, instead of creating the illusion of depth.  This marked a revolutionary break from creating the illusion of real space from a fixed view-point using devices such as linear perspective.

Cubism was partly influenced by the later work of Paul Cezanne in which he can be seen to be painting things from slightly different points of view and in which he has become interested in the two dimensional aspect of the picture plane.

Our task was to draw part of our view of the subject, exchange work, add to the drawing, exchange again, add to the work again finishing with the person who had started the piece.  By each drawing the same view points in different drawings we were able to re-create a sense of the process Cubism. 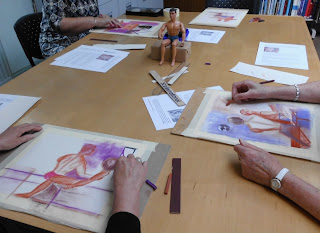 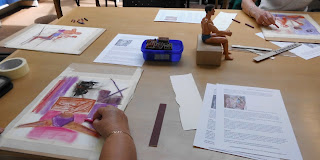 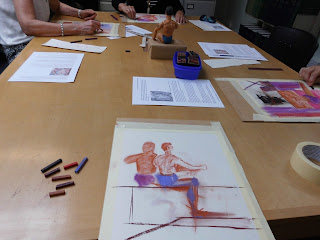 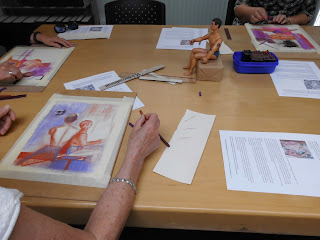 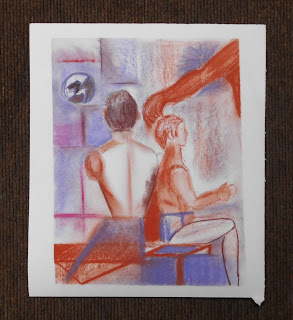 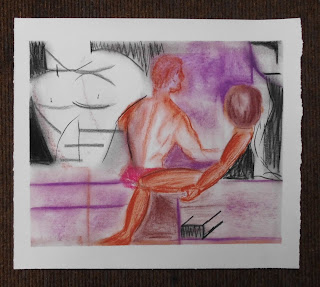 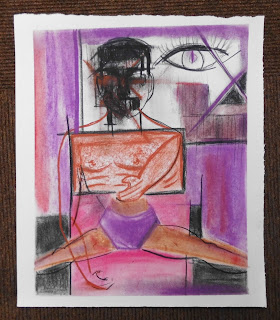 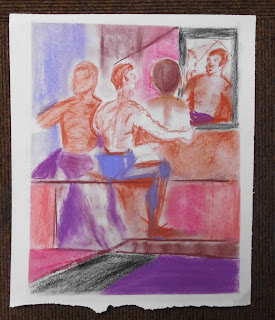 On completion we had approx 15 minutes to draw the subject again however we liked.  The results below demonstrate on a personal level how Cubism became a springboard to many different approaches to depicting reality. 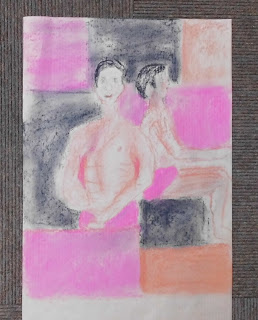 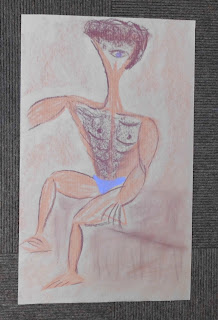 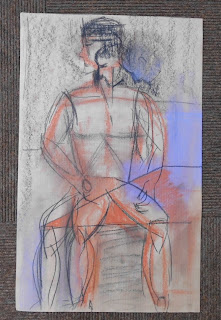