Continuing our exploration of portraiture, this week we looked at the portraits of Leonardo da Vinci  1452 - 1519.

The group used a simplified version of these to draw a generic, full frontal face.

Emphasis was placed on positioning the eyes, ears & mouth then the nose.

The second task was to take this knowledge and have a go at drawing faces cut from newspapers.

The lovely results are below.
Well done everyone! 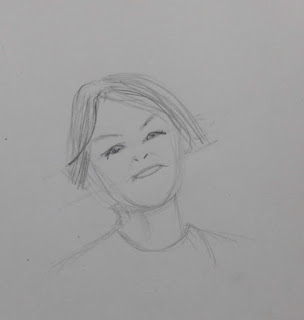 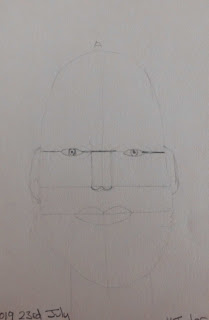 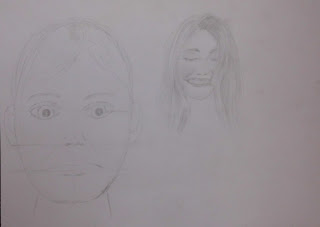 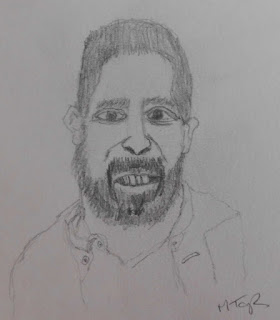 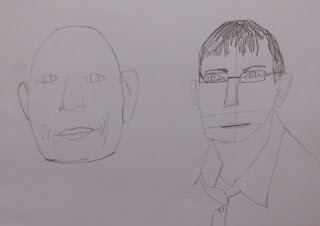 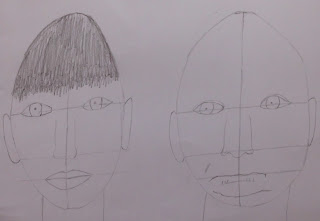 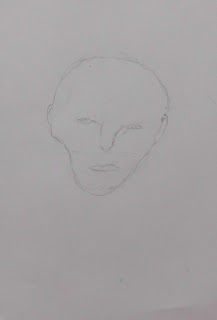 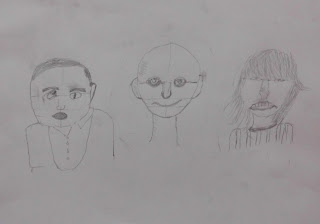 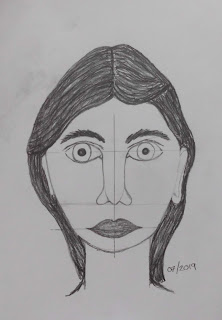 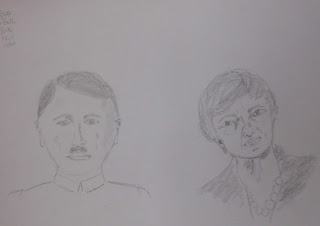 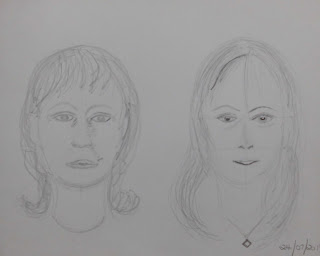 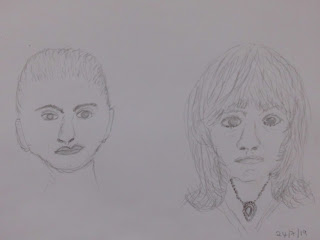 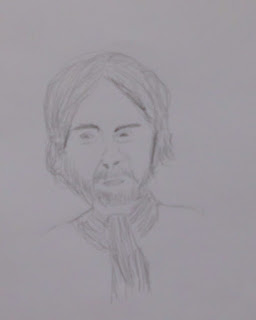 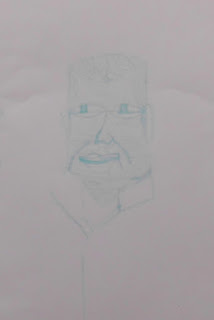 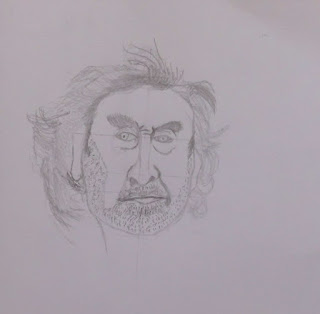 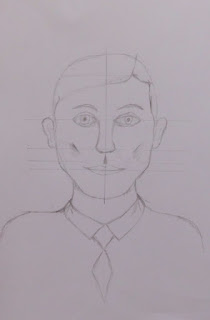 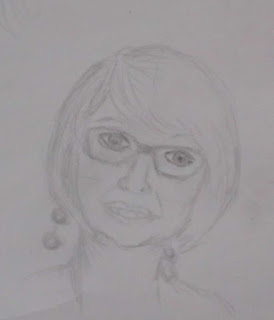 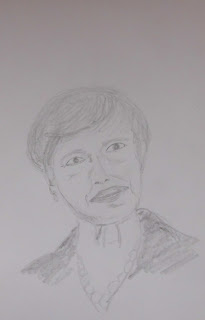