What a busy few weeks...
Our modest home has been full of Stang components in various stages of being made.  Lots of cutting, sticking, weaving, threading and thinking has taken place.

On Friday 5 July 3 "Stangs" were installed as part of Wyre Council's Towpath Project and the wider, Garstang Scarecrow Festival.  They are located along the Garstang section of the beautiful, Lancaster Canal which celebrates its bicentenary this year.

A stang, as in Garstang, is an ancient name for a boundary marker.  "3 Stangs" align with the many temporary scarecrows around town this weekend and the permanent finger posts on the towpath.  The stangs depict aspects of the canal's 200 year history and celebrate its capacity to change and be as relevant today as it was in 1819.

The Nature Stang acknowledges the wildlife on, in and around the canal.  The "lesser spotted checkered woolly nesting bird" has seen this as an opportunity to rest - in its nest. 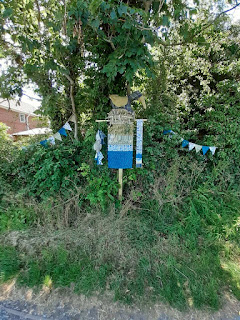 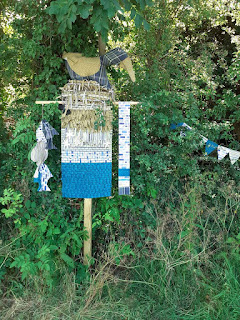 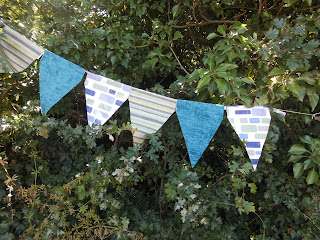 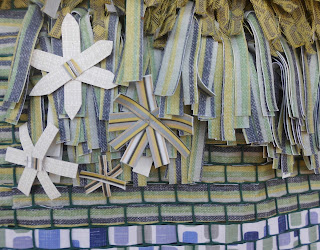 The Lanky, as the canal is known, shows aspects of the canal's heritage.  Coal and limestone were transported between Kendal and Preston giving it another name, The Black & White Canal.  Building the M6 motorway cut The Lanky just north of Lancaster.  The red buttons on the stang represent the towns of Preston, Garstang, Lancaster and Kendal with the blue ribbon stopping after the third button showing were the canal ends today.

Horses were integral to the life of the canal, represented here by a bridle, kindly on loan from Pat - thank you again. 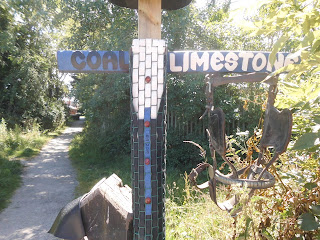 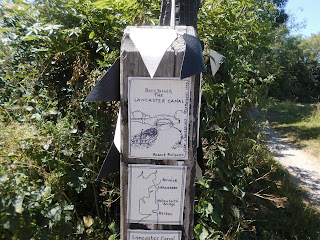 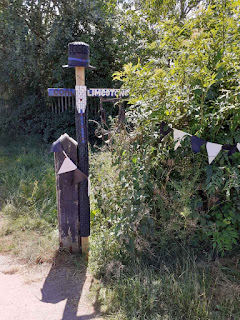 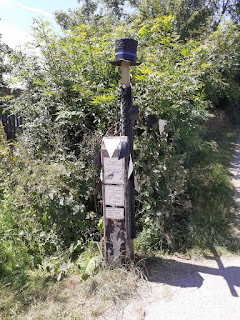 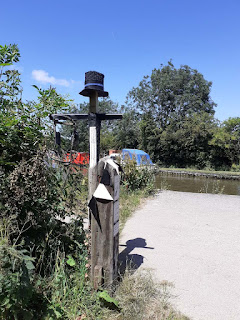 "Rose" is a celebration of the colours and traditions of canals in general but with a direct connection to the Lancaster Canal.  Ribble Link and Glasson Dock are the south and north entrances to the Irish Sea.  The red rose of Lancashire adorns Rose's bag and a "shelf" of traditional rose & castle decorations, edged with lace include the adjacent bridge number. 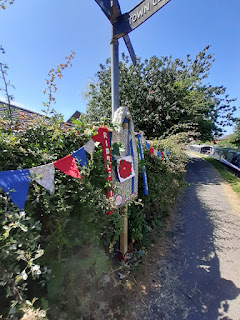 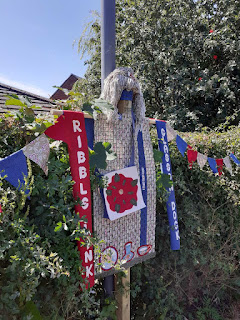 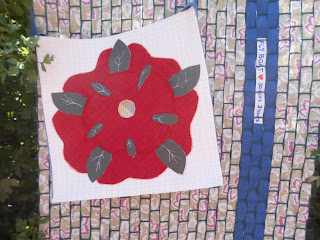 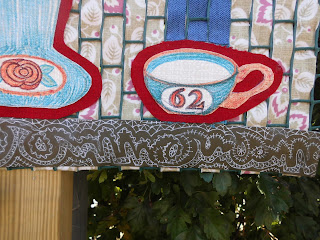 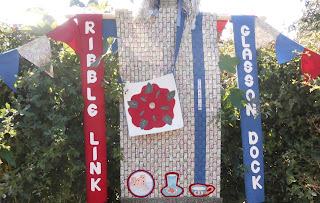