The timing of needing to replace my pocket sketchbook was perfect.  This one is A6 opening out to A5 which is half A4 (letter size).

Prompted by my other half watching "Robin Hood Prince of Thieves" which includes images from the Bayeux Tapestry in its titles*.  I decided to bring out my souvenir booklet and revisit drawing some of the creatures depicted in the embroidery.  The following images show the work so far.  They are in reverse chronological order.

The first drawing is a larger version of some of the earlier ones.  This was made during a Unofficial: The Big Picture day when a group of people meet via Zoom & WhatsApp to be creative together.

*I know - Hollywood changing history.  The film also changes geography.  Apparently you can cross the channel, land near the white cliffs and walk to Hadrian's Wall in the same day and... King John has a Scottish accent.  However, it's a good film and stands watching more than once. 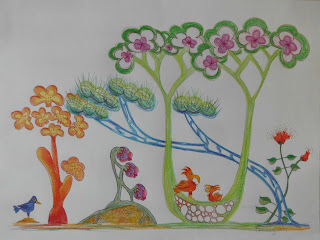 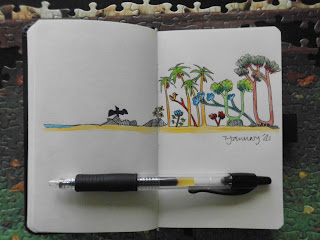 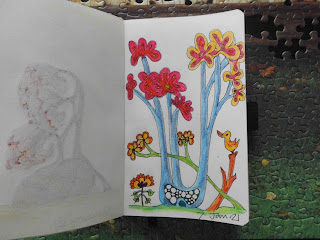 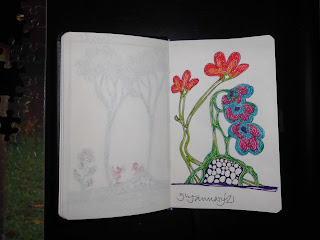 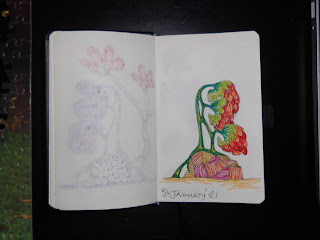 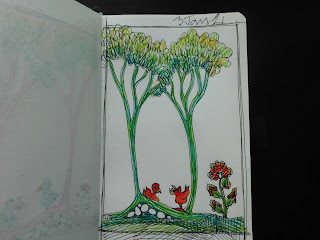 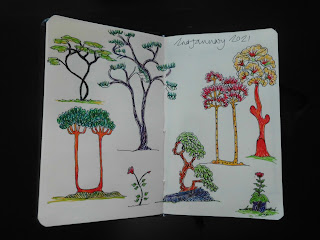 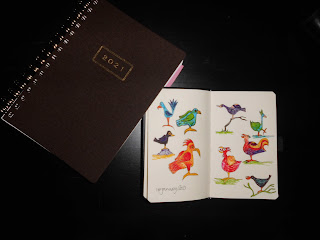